Vitamin B is responsible for the carbohydrate, fat and protein metabolism in the body and has a metabolism-activating effect. At the same time, all B vitamins are important for blood formation and act as “radical scavengers” against infections in the body.

Vitamin B is a whole group of vitamins, which is made up of 8 vitamins :

Is especially useful for the carbohydrate metabolism of nerves, brain and Muscles important

Occurrence: mainly in the germs of grain

Is especially for responsible for the conversion of carbohydrates, fats and protein into nutrients and is found in all cells of the body. In conjunction with vitamin A, it can promote the healing of skin changes. 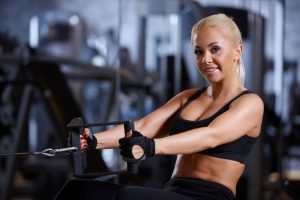 Deficiency symptoms: small wounds or “cracks” around the eyes, nose, corners of the mouth and on the nail bed. In pregnant women, deformities in the unborn child are possible (e.g. cleft lip).

Vitamin B3 (= nicotinic acid or niacin)

Is and is found in all cells of the body stored in the liver. Niacin is responsible for many metabolic processes and is very important for our skin and mucous membranes. It has a vasodilator effect and can be used as a medicine.

Important for the entire energy metabolism and our body’s own defense system, as well as for connective tissue, mucous membranes, hair and nails.

Occurrence: in almost all foods

Serves as a messenger substance, which for the Stimulus transmission between the nerve cells is responsible. The vitamin works very well against pregnancy sickness and relieves menstrual pain.

Deficiency symptoms: Fatigue, poor performance, inflammation in the corners of the mouth, intestinal complaints such as diarrhea, increased susceptibility to infections

Serves our energy metabolism and is involved in cell growth, as well as responsible for DNA and protein synthesis. Good for skin and hair.

Folic acid is an important component that manages and is our genetic information in the cells also important for blood formation and cell division.

Important for growth and cell division in the body, as well as for the formation of new blood. Vitamin B12 cannot be absorbed directly by the intestine, but has to combine with a substance in the gastric mucosa – the so-called intrinsic factor. Vitamin B12 can only be produced by intestinal bacteria. In contrast to all other water-soluble vitamins, vitamin B12 can be stored by the body.

Deficiencies often occur in people who have the Prefer vegan food. The signs often only appear years later, as the body can store the vitamin B12 for up to 5 years. As a preventive measure, a dietary supplement can be taken or foods containing vitamin B12 can be used more often (e.g. soy products such as miso or certain algae products)

Products with Vitamin B