What happens in the human brain while running

Many people force themselves to run in order to lose weight and burn fat. Countless marathon and long-distance runners report simultaneously about the drug running and how much they love the sport. What is the big difference in sensation – are some people just grumpy about exercise and therefore can’t stand the sport?

Rather, the answer lies in our brain, more precisely in the messenger substances that are released while running. Once you’ve experienced this first hand, it often changes your opinion of running by 180 degrees. But what really happens in the brain when we go running?

Running is great for reducing stress – even if you only have 30 minutes running. The hormone cortisol produced in the adrenal gland is responsible for noticeable stress. It is caused by the perception of danger, which is often triggered by the fast-paced everyday life in modern professional life. It is supposed to prepare for the fight or the escape.

This manifests itself, among other things, in aggressive behavior and faster breathing. If you decide to run, you confirm to the body that there is no longer any danger and thus reduce the high cortisol level again. 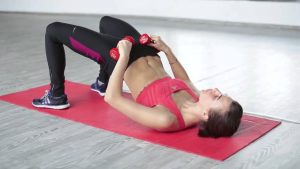 Happiness hormones on a grand scale

The start when running is usually the hardest, you start slowly and try to get into the rhythm. If you run for 30 minutes or an hour, however, hormones are released that make running really interesting. Specifically, there are three happiness hormones in particular: dopamine, endorphin and serotonin. They create a floating feeling that gives you the impression of being able to run on almost “forever” – regardless of whether you are out and about with modern outdoor shoes on the soft forest floor or with work shoes next to the main road. You can find good outdoor shoes at campz.ch, among others.

Happiness hormones such as serotonin are also released to an increased extent with drug use, endorphin is practically an endogenous opioid. Pain and stress are forgotten and hardly noticeable, nature and sudden happiness are fully perceived. But what is the difference to the release of happiness hormones from running instead of medication?

When running, all the effects of the runner’s high have faded no later than two hours after training. You feel exhausted and detached from the exertion. It should also be emphasized that the effects have different strengths. For some people, the runner’s high is just a refreshing kick, while for others it is an extremely intense experience.

Nevertheless, there are long-term effects on the runner’s high due to the endurance training. For example, the ability to think is improved by a stronger memory and faster retrieval of information. The beneficial effects on the brain are too numerous to list. How much the changes actually affect depends primarily on age and health. The effects are most pronounced in middle age, between around 30 and 40 years of age.

The runner high can not only be used to motivate people to exercise, but is actually used as a substitute for drug addicts. The reason for this is that emitted substances such as dopamine are similar to the feeling of intoxication when using drugs, only of course they are much healthier.

Although the method is already being used successfully, the exact effects of the runner’s high in drug addicts and withdrawal patients has not yet been extensively researched.

For this reason, tests and procedures are currently being carried out to research the effects of endurance training in more detail. There are parallels in fighting depression through the runner’s high; in both cases it significantly reduces the symptoms of the disease.

The sex drive is increased by regular running units. This does not only happen because people feel comfortable in their own body through training. But because running has effects on the sex hormone testosterone. Although it is a male hormone, it is also found to a lesser extent in the woman’s body and has a sexually stimulating effect on both sexes. While testosterone injections give you a sudden boost and your sex drive skyrockets, when you run it is slow and gentle.

Running can be important for your sex life, especially in old age. Running improves blood circulation in the pelvic region and delays the reduction in testosterone levels. For mild erectile dysfunction, running can restore a functioning sex life. Especially in people over 50, the increase in testosterone in the brain ensures that impotence can be greatly delayed.

Endurance sport naturally burns calories and fat in a certain running rhythm, which is beneficial. However, are these all the benefits associated with a desired weight loss? The answer is clear: no. Because the adiponectin hormone is increasingly produced by running, as studies show. In a test group, people who were prescribed not only a diet but also endurance training showed up to 20 percent higher adiponectin production. That may sound unspectacular, but the hormone is responsible for several tasks related to obesity and fat burning.

Adiponectin has been shown to accelerate the breakdown of fat, at the same time a high adiponectin level reduces the risk of developing diabetes. More adiponectin reduces the proportion of laptin in the blood, a very useful messenger substance for tumor cells. In addition, adiponectin strengthens insulin. Insulin is necessary to lower blood sugar levels.

However, especially when running for a long time, another hormone is important when exercising regularly. It’s called thyroxine and it has drastic effects on the human body. When running long distances, it is expelled by the thyroid gland. Many professional athletes do not appreciate the hormone because it ensures a faster metabolism, which can have negative effects on professional athletes. The faster burning of calories creates more need for food and supplies, not least during long competitions.

The hormone ensures that fat and carbohydrates are broken down more quickly and the entire metabolism increases significantly in speed. In addition, thyroxine makes you more alert and breathes faster. The hormone is ideal for rapid fat loss. For many runners, the hormone is an obstacle because it burns reserves faster than is actually desired. However, if you simply aim to lose kilos quickly, you can only benefit from the messenger substance from the kidney.