Intestinal structure – The intestine is an extremely fascinating organ, which fortunately is increasingly coming back into people’s consciousness. Because the intestine has unfortunately been leading a completely underestimated existence for a long time. What is often forgotten: life is in the gut! Because here there are millions and millions of small microorganisms that together form our intestinal flora. The intestine is simply a miracle organ – and also extremely important for our well-being.

Well-being and beauty come from within, and above all from our intestines has a huge impact on both of these things. In naturopathy, the organ has always been the seat of health and more and more studies confirm its influence on our vitality, our mood, our skin and our weight. As carefully as we look after our appearance, we should therefore also treat our intestines.

“The intestine is like a second brain. It controls emotions and has its own perception. ”

A miracle of the body: the digestive tract

The digestive tract begins in the mouth, because this is where the first food components are broken down. The food then travels through the esophagus into the stomach, where further pre-digestion takes place. There is a low pH value of approx. 3, which is due to the fact that up to three liters of stomach acid are released into the organ every day. The actual digestion and absorption of the food components into the blood takes place in the intestine.

The intestine is divided into several sections. The two most important are the small and large intestines. The small intestine connects directly to the stomach and takes on the main task of digestion. Numerous enzymes break down the food components into smaller molecules so that they can pass through the intestinal wall. The large surface of the intestine is created by its numerous turns and protuberances, the so-called intestinal villi. They ensure that as much space as possible is created for the absorption of nutrients.

The intestine also represents an important barrier for foreign substances and pathogens. A large part of our immune system is localized in the intestine, where it ensures our health. The large intestine joins the small intestine. Its function is to transport the chyme and thicken it by removing water from it. The large intestine is particularly heavily populated with bacteria. This so-called intestinal flora helps with digestion and is associated with many other processes. When the meal has completely passed through the digestive tract, anything that was not absorbed by the body is excreted. These are e.g. about indigestible food fibers.

“The intestine has a larger surface area than a football field.”

Occasionally having stomach pains or feeling an unpleasant feeling of fullness, is often unproblematic. A walk or a tea made from peppermint, fennel, caraway or anise is often a quick remedy.

If, however, it becomes a habit that the stomach pinches after eating, one should search for the causes. Clear signs of disturbed digestion are symptoms such as frequent gas, diarrhea, and constipation. Long-term digestive disorders and the associated poor absorption of nutrients can result in frequent infections, overweight or underweight, blemished skin, dull hair or hair loss and even a bad mood.

How do digestive problems occur?

The everyday life of many people today is unfortunately characterized by hectic pace. The food is consumed only incidentally and unconsciously, under stress and in a short time. It is difficult to think about your own diet. Often there is little fresh food, but a lot of white flour products and fast food that our digestive system can handle from time to time. But it’s not made for that in the long run. Apart from that, this type of diet usually contains too much fat and too few vitamins and minerals. What is also missing from this diet is fiber. Dietary fiber is a food component that is indigestible but, despite its name, is by no means a dietary fiber.

They swell in the intestine and promote bowel movement and thus the transport of the intestinal contents. This cleans it in a natural way and ensures that nothing is deposited in the many small protrusions. Deposits of this type are a real feast for intestinal parasites, which can restrict bowel activity. The wrong diet also leads to a selective growth of intestinal bacteria in the large intestine. Those species reproduce that include be associated with obesity or inflammatory bowel disease.

80% of our immune cells are in the intestines!

What can be done about it

A healthy intestine is home to a wide range of different types of bacteria and thus cleans itself. A diet with plenty of fresh fruit and vegetables, whole grain products, fermented foods and so-called prebiotics helps. Prebiotics are foods that provide food for the probiotic (beneficial) intestinal bacteria and promote their growth.

The prebiotics include, in particular, inulin from chicory or Jerusalem artichoke, onions, asparagus or salsify as well as yacon syrup / powder or apple pectin. Above all, an intestinal structure can work wonders. Deposits are loosened and excreted and the intestinal flora is built up through the consumption of probiotics, i.e. living intestinal bacteria.

If the intestinal regeneration treatment is used regularly, e.g. once a year, a period of four weeks is sufficient, which is also a good time to get started. During a 3-month cure, the intestine is cleaned particularly thoroughly, which is useful if no cure has been carried out for a long time. Taking probiotics can help to rebuild the intestinal flora, especially after antibiotic therapy. Because unfortunately antibiotics do not differentiate between good and bad bacteria in their effect.

Incidentally, nothing speaks against long-term use of probiotics. But then it is important that the corresponding probiotic is free from artificial additives. In the best case scenario, it contains at least ten different bacterial strains.

“In the course of an average life, the intestine processes over 30 tons of food.” 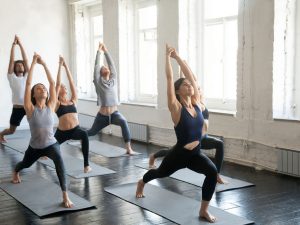 The main components of a possible one Intestinal regeneration treatment

The deposits in the intestine are loosened with the help of psyllium husks, which are also called psyllium. They primarily provide soluble fiber, which swells up many times over in the intestine and increases the intestinal contents. On their journey through the intestines, they cleanse it and activate the natural reflexes for defecation.

Zeolite is a microporous tuff rock of volcanic origin and one of the few Agent that strongly binds acids and heavy metals and causes them to be eliminated. The liver, kidneys, pancreas, blood and the entire digestive tract are relieved. Metallothionein complexes (the body’s own structure that binds heavy metals) are freed from their load and are free again to bind heavy metal deposits throughout the body and excrete them via the kidneys.

Additional can be used:

The sango coral supplies the body with basic minerals.

The chlorella alga is known for the To support the cleansing process in the body.

On the way to optimal well-being, 4 decisive steps must be taken in order to maintain and cultivate the intestinal flora:

even with a few These steps are not a big challenge for simple changes: